In a mysterious village deep in the mountainous desert of Upper Egypt, a handful of men jealously guards some of the most precious secrets of the Pharaohs. And the most fabulous of these is the Stone of Light.

This time we're exploring Ancient Egypt as Christian Jacq evokes a fascinating period in history. As a child I loved reading about the achievements of this civilisation. Christian Jacq goes one step further however, initiating us into the minutiae of everyday life. If you love history or Egypt then you'll love this book. Wonderful setting, superb characters and a real flavour of the time.

Born in Paris in 1947, Christian Jacq is one of the world's leading Egyptologists. He is the author of many novels on Ancient Egypt, including the bestselling RAMSES series and THE MYSTERIES OF OSIRIS series. His novels have sold more than 27 million copies worldwide and have been translated into 30 languages. Christian Jacq lives in Switzerland.

Julie Ryan is the author of the Greek Island mystery series, Jenna's Journey, Sophia's Secret and Pandora's Prophecy. You can find out more about her here

Posted by All Things Bookie at 02:00 No comments:

Where will D take us? 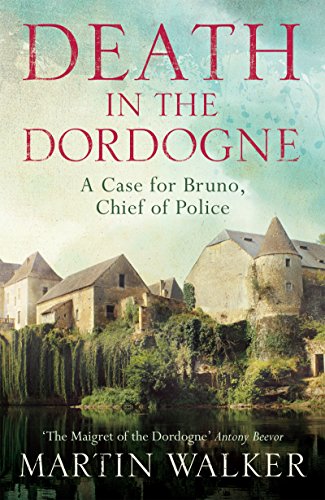 This time we're off to one of my favourite parts of the world, much loved by British ex-pats, the Dordogne in south-west France. Famed for its food and wine, chateaux and idyllic French villages, this is one of the most visited regions by tourists in France.


It's market day in St Denis, a small town in the Périgord region of South West France. The locals are on the alert because inspectors are expected to make a 'surprise visit' in an attempt to enforce the unpopular and bureaucratic EU hygiene rules. But for Captain Bruno Courrèges, St Denis' Chief of Police, this particular market day turns into something far more serious.
An old man, head of a local immigrant North African family, is found viciously murdered. Suspicion falls on the son of the local doctor, but Bruno isn't so certain. He believes it to be an act of vengeance, with its motive hidden deep in France's divisive war-time past. As rumour and mistrust grow, Bruno must look beneath the surface of this normally calm community to find a brutal killer.

Martin Walker's book captures the very best of the Dordogne, so much so that you can almost feel the summer heat rising from its pages, smell the fresh market produce and soak in the atmosphere of a typical French market town. There is village rivalry as you might expect and our hero, Bruno, Chief of Police, also has his own problems when his superior is called in when an elderly North African villager is found murdered. Teeming with history this book deals with the French occupation of Algeria and the Algerian soldiers who fought with the French army during WW2 (Algeria being a part of France at the time). I learnt a lot about the period and thought the way in which it related to the problems of immigration today was well done and told through the eyes of different villagers. I also loved the French attitude of cocking a snook at the ridiculous nature of European regulations.

So, whether you fancy a trip through the sleepy Dordogne or a fascinating crime story with a twist then this book is for you. I shall certainly be reading more by this author.

Martin Walker and his family have had a home in the Perigord region of France since the 1990s. We were drawn by the food and wine and engrossing history of the place and have become ever more connected to this gastronomic heartland of the country by friends and neighbours, dog and chickens, garden and countryside.
And among the friends is our local village policeman (and Martin's tennis partner) who inspired the series of mystery novels based around Bruno, chief of police.
After 25 years as a foreign correspondent for Britain's The Guardian newspaper, and then another stint in think-tanks in Washington DC and as editor-in-chief of United Press International, the sweet life of the Perigord is a delight.
Still a senior scholar of the Woodrow Wilson International Centre and a senior fellow of the Global Business Policy Council, both in Washington DC, Martin stays connected to the world of global economics and policy. And from giant American wine concerns to Chinese businessmen, from Basque terrorists to animal rights activists, from New York hedge funds to the global arms trade, this wider world keeps intruding into the tiny corner of paradise in Perigord that Bruno is sworn to protect. 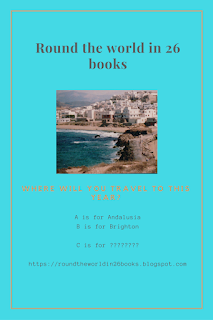 Next stop is a country, city or region beginning with E. If you have any ideas for a book set in that location please drop me a link in the comments below.
Posted by All Things Bookie at 01:41 No comments: